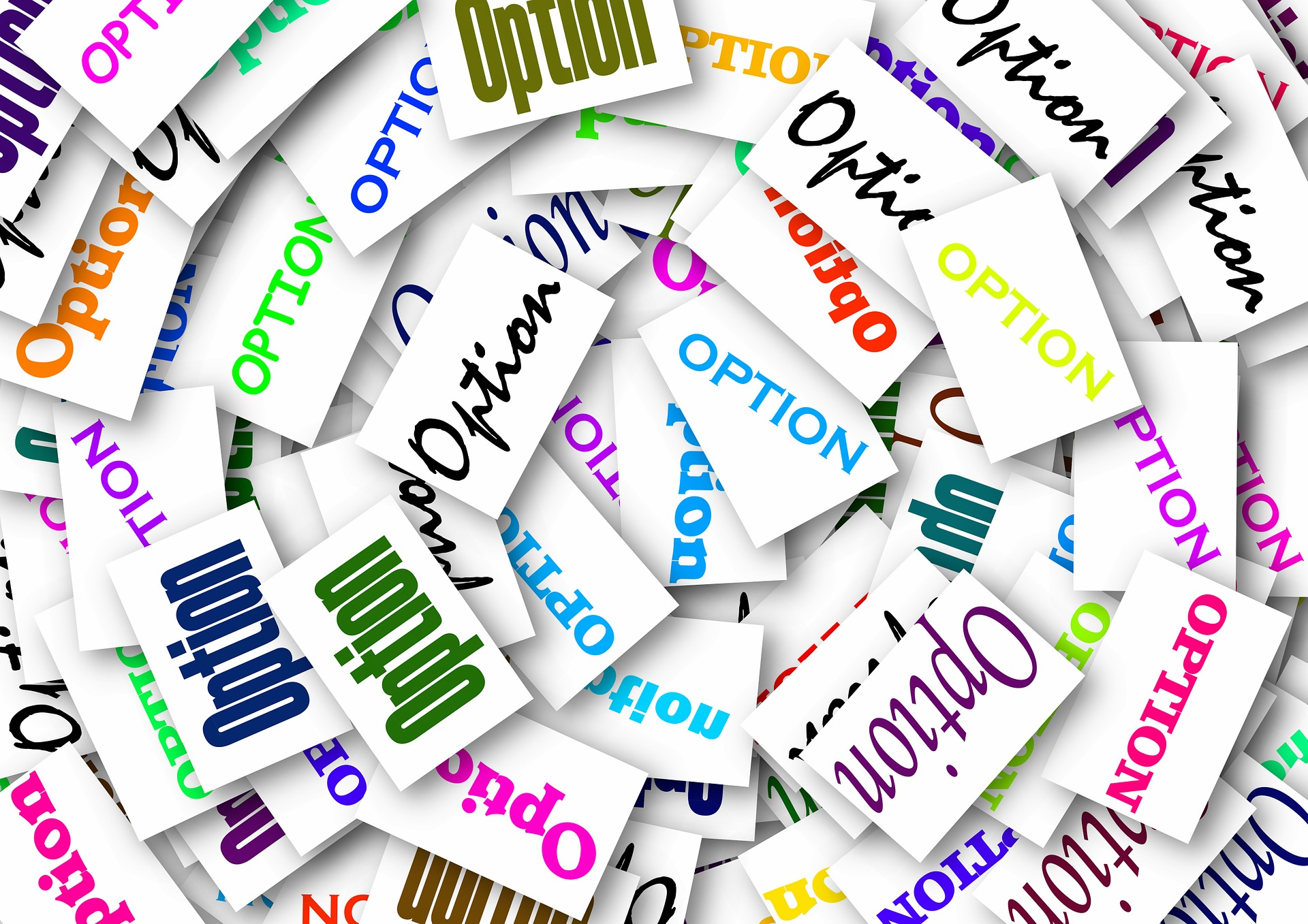 Works-cited-list entries in MLA style are based on the template of core elements. Sometimes, however, you may want or need to give your reader additional information about the source you’re documenting. You can do so by adding optional-element slots to the template. This post expands on the advice given in the MLA Handbook (50–53) and explains how and when to use the optional-element slot.

Optional-element slots are almost always inserted after the author-title unit or at the end of an entry. Since information in works-cited-list entries points back to what precedes, where you place it will depend on whether it pertains to the entire work or just to one element in the entry. 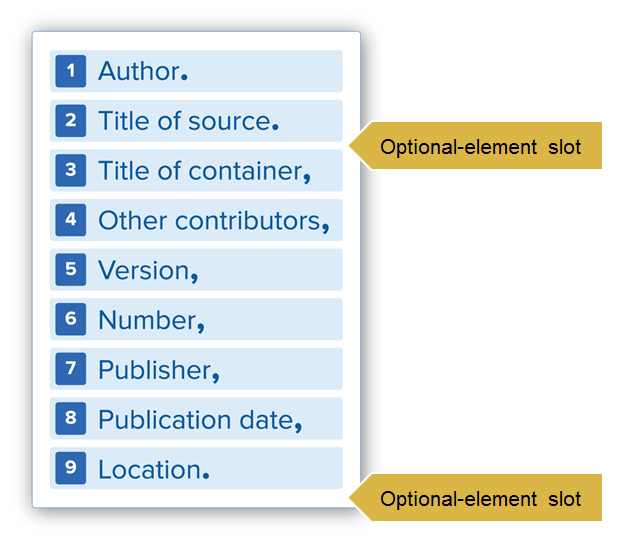 Two pieces of information–other contributors and publication date–are the most likely to appear after the author-title unit.

Sometimes an “other contributor,” like a translator of a short story contained in an anthology, is necessary for defining a work. In the example below, the insertion of the translators’ names after the author-title unit tells your reader that El Khalidi and Tingley translated only The Singing of the Stars, not all the other works in Short Arabic Plays; the information points back to what precedes it:

Saro-Wiwa, Ken. “English Is the Hero.” Interview by Diri I. Teilanyo. No Condition Is Permanent: Nigerian Writing and the Struggle for Democracy, edited by Holger Ehling and Claus-Peter Holste-von Mutius, Rodopi, 2001, pp. 13-19.

Although the original publication date of a work published in a later edition is not necessary to provide, you may elect to include it if you are certain of the information and it is likely to help your reader. For example, in a paper discussing modern editions of Milton’s 1667 and 1674 versions of Paradise Lost, including the original publication date would help the reader know which source text the modern edition uses:

The period tells your reader that the information pertains to the author and title element—that is, to the information that precedes and not to the container that follows.

The final optional-element slot is used when you need to clarify something about the entry as a whole, and it should be used judiciously. The information included in this position is not restricted to core elements. Below, I summarize some of the most frequent reasons to use this element.

Including an access date for an online work may be especially useful if the work lacks a publication date or if you suspect that the work may be altered or removed, which is more common with informal or self-published works. Place the access date at the end of the entry:

Include the medium of publication for a source whose medium is otherwise ambiguous. If, for example, you’re citing a transcript found on a Web page that also features an audio clip of the talk, telling your reader whether you’re using the transcript or the audio clip is helpful. Indicate the medium of publication in the final optional-element slot:

Although you should generally avoid annotating entries with publication history, there may be times when you want to provide additional information about a source. You can include the information at the end of the entry:

Although it is not necessary to specify when a book you’re documenting is part of a series, for some specialist audiences the series may convey meaningful information. If you decide to include the series name, place it in the final optional-element slot:

D’Aragona, Tullia. Dialogue on the Infinity of Love. Edited and translated by Rinaldina Russell and Bruce Merry, U of Chicago P, 1997. The Other Voice in Early Modern Europe.

The total number of volumes for a multivolume work, if included, usually goes in the final optional-element slot:

You may elect to include information about government documents such as the session of Congress from which an act emerged, the date of its passage, and the document type and number:

The institution conferring a doctoral degree or thesis and the medium of publication appear in the final optional-element slot for theses and dissertations:

Njus, Jesse. Performing the Passion: A Study on the Nature of Medieval Acting. 2010. Northwestern U, PhD dissertation.

To summarize, you may add additional information to your entry by adding optional-element slots to the template of core elements. Sometimes the information in the slot is necessary, and sometimes it is optional.

Angela Gibson is the director of scholarly communication at the MLA. She has extensive editorial experience and holds a PhD in Middle English from the University of Rochester. Before coming to the MLA, she taught college courses in writing and literature.